Charley Crockett - The Man From Waco

The Man from Waco is a resolute statement about what’s possible when you stick to your guns.

“Sometimes, you know,” sings Charley Crockett during a particularly wry moment on The Man from Waco, “it’s better to be thought of as a fool.” Over the course of the album, Crockett proves himself right, albeit in a different context than what he means when he sings the line (from lead single ‘I’m Just a Clown,’ a meditation on the vagrant lifestyle).

Apparently, the Texan singer-songwriter has felt a growing pressure to work with pedigreed hit-making producers the more he’s met with success. For The Man from Waco, his 12th (yes, 12th!) album since his 2015 debut A Stolen Jewel, Crockett eschewed conventional industry wisdom, opting instead for the organic approach that put him on the map in the first place.

Crockett’s decision paid off. On the most sparse tunes - ’Cowboy Candy,’ ‘Tom Turkey,’ the title track—stunningly natural production - courtesy of longtime manager Bruce Robison - frames Crockett’s one-of-a-kind baritone more vividly than ever before. Robison, who actually advised Crockett to go with a marquee producer, recorded Crockett and his band The Blue Drifters live to tape, each song nailed down in a handful of takes at most.

But The Man from Waco is far more than a collection of glorified demos. There are, in fact, many frills, including horn arrangements and handiwork from Greyhounds multi-instrumentalist Anthony Farrell. Overall, this combination of immediacy, clarity and ambience simply takes your breath away.

Granted, it’s hard to feel like you’re getting to know Crockett in these songs, a collection unified by an outlaw storyline inspired by late country singer and Waco, Texas native James Hand. That said, the sound itself is so unguarded that, musically speaking, we feel like we’re peering directly into Crockett’s soul.

At the same time, the narrative elements allow Crockett to cultivate an alluring sense of mystique—you certainly want to get to know him by the end, but that’s a good thing. One thing we know for sure is that The Man from Waco is a resolute statement about what’s possible when you stick to your guns.

Charley Crockett's 2022 album The Man From Waco is released September 9th via Sony of Davy. You can purchase the album from one of Holler's selected partners below: 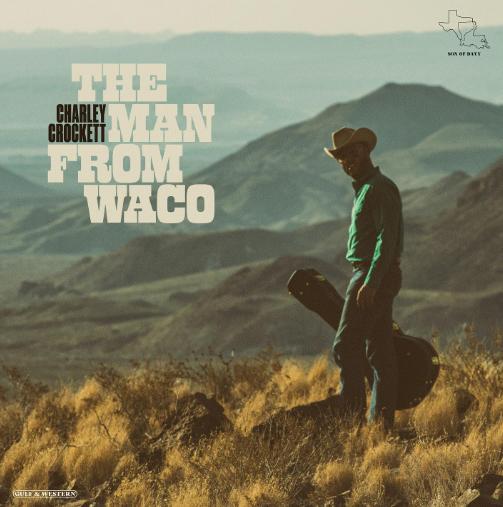