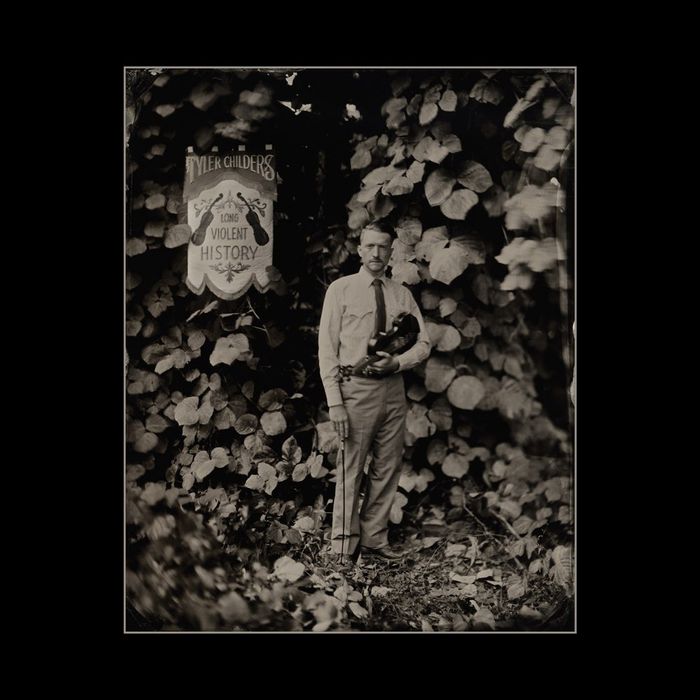 In the music of Long Violent History, Tyler Childers leads by example - crafting a musical landscape that’s steeped in the rich and ever-scarcer Appalachian traditions of old-time folk music.

For a record that only contains his distinctive voice on one track, it still surprisingly sounds like a Tyler Childers album. His storytelling style comes through loud and clear, as does both his deep reverence for his home state of Kentucky and his convictions about supporting a movement that he believes in.

Childers is speaking to himself - and white Southerners like him - on the title track of his nine-song, mostly-instrumental record. It’s a powerful statement in support of the Black Lives Matter movement, framed specifically to speak to white Appalachian people who may feel removed from the civil rights movement, or are critical of the protesting they saw in the media this year.

A quick glance at Kentucky’s history proves that Childers’ marriage of the two is no anomaly. It was here that Florence Reece penned her workers’ anthem “Which Side Are You On” amid the bloody East Kentucky coal miners’ strike of 1931; it’s the home of Loretta Lynn and the fierce progress she made for feminism with songs like “The Pill”.

It's no mistake that the state’s modern-day exports include such songwriting crusaders for social justice as S.G. Goodman, Sturgill Simpson, Kelsey Waldon and Chris Stapleton.

Instrumental music inherently contains room for differing interpretations of what the artist means to express. But Childers leaves nothing open to interpretation in the striking message that he released in tandem with the album.

In making special mention of demanding justice for Breonna Taylor - “a Kentuckian like me” - Childers sets up hypotheticals about what it might be like if white Southerners, not Black people across America, were the ones being targeted by police violence. “Life is hard enough without being worried about the smallest interaction with a public servant,” he notes.

Across the record, Childers spells out his definition of southern pride too, both verbally and on the fiddle. “Hewing a log, cutting a bowl, learning a fiddle tune, growing a garden, raising some animals, canning our own food” - expressions of southern pride that, he argues, have anything to do with “lazily defending a flag with history steeped in racism and treason.”

Rather than viewing A Long Violent History simply as an unprecedented liberal standout from a historically red-voting state, perhaps it’s worth examining whether upheaval, independence and overthrowing social injustice might be a time-honored Appalachian tradition.

Childers’ solidarity with Black Lives Matter is just one square in the quilt of the region’s long-fought reckoning with its own racist past.

For more Tyler Childers, see below: