With their new album, the nu-grass pioneers offer an evocative look at life’s uncertainties. 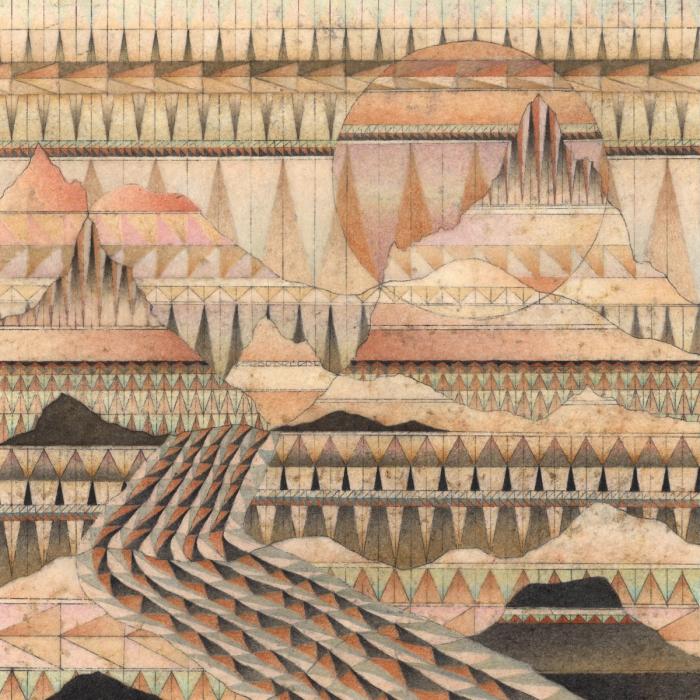 Their name may seem a bit obtuse, but there’s no mistaking the wistful feelings shared by Trampled By Turtles on their affecting new album, Alpenglow.

A sometimes sad and consistently sensitive set of songs, it’s something of a departure for the Minnesota-based band; a frank and free expression of loss, longing and the difficulty of trying to reconcile the two.

The album takes its title from the reddish haze that blankets the mountains at dawn and at dusk, an evocative image that’s well in keeping with these reflective vignettes. Produced by Jeff Tweedy, the material was written solely by the band’s Dave Simonett, with the exception of Tweedy’s own tune, ’A Lifetime to Find’.

The muted arrangements ensure a generally lowered gaze throughout, yet it doesn’t necessarily confine the sound to an entirely downcast disposition. ‘We’re Alright’ speaks to upturned optimism, while ‘On the Highway,’ ‘A Lifetime to Find,’ ‘Burlesque Desert Window,’ and ‘Nothing but Blue Skies’ affirm the fact that there’s always the possibility of better times beyond the next horizon.

Of course, as pioneers of progressive bluegrass, Trampled by Turtles have always demonstrated a certain verve and versatility, which in this case allows them to shift the sentiment as well. That’s evident in the dream-like drift of ‘It’s So Hard to Hold On,’ the sweet and subdued ‘Starting Over,’ and the ultimate farewell offered in ‘The Party’s Over.’ Likewise, ‘All the Good Times Are Gone’ ensures the fact that pessimism persists.

Nevertheless, Alpenglow is an affecting album, one that creates a supple sound from its blend of fiddles, banjos, mandolins and musings. Indeed, it’s hard to imagine a more emotive offering overall.