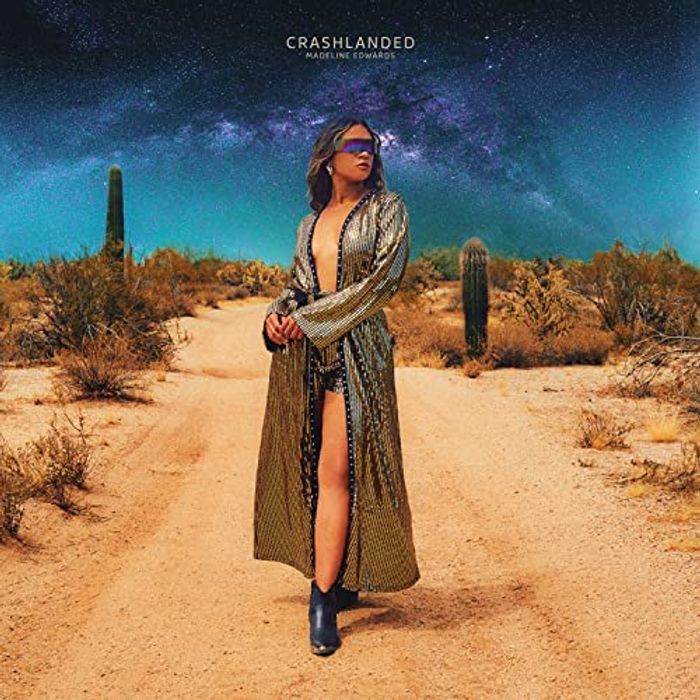 There’s something in the sprawling open space that Madeline Edwards creates in the opening bars of her debut album, Crashlanded. Dreamy western, as she herself calls it; barren plains rolling with steel guitar. The title track is such an effective opener that the huge wallop of the chorus allows Madeline to crash so suddenly that you’d forgotten she was going to. “I never thought that I would be an alien on my home planet”, she sings in a song for the times.

So that’s the crash. Does she land? Well. On a record that fronts polished, country-influenced pop fringed with rock, Madeline invites the listener into a space with edges made of the same fuzz that brushes her vocals throughout, sure of what it wants to say but not always willing to reveal who it wants to say it to.

“No one’s gonna break my soul”, Madeline sings, defiant, with talk of fake politicians, hell-stomped boots and seeing red. The lack of specificity can sometimes limit the impact of the punch, but that’s fine. In 2022 it’s not as though people need a call to arms, though they can always use a battle cry.

Songs like ‘The Wolves’ provide it, as she dares opponents to underestimate her. Perhaps that’s the point: this is the story of Madeline’s personal manifesto as it stands now, not of how it came to be. In her play on country’s music’s most traditional mission statements, we hear not whose views we shouldn’t give credence to, but those relatable figures who Madeline thinks we should: in her case it’s Mama, Dolly, Jesus. Who can argue with that?

Finer details are saved for softer moments like ‘Why I’m Calling’ or the gorgeous piano ballad ‘Too Much of a Good Thing’, whilst ‘Playground’ and ‘Forehead Kisses’ are sultry, direct enough to forgo any coquettishness.

It’s a solid debut from Edwards who is a welcome addition to the country space and, as she tells us, "ain’t scared of nothing". We may just have to wait a little longer to find out what exactly that nothing is made of.

Crashlanded is out on Friday 4th November via Warner Music Nashville. You can purchase the record from one of Holler's selected partners below: 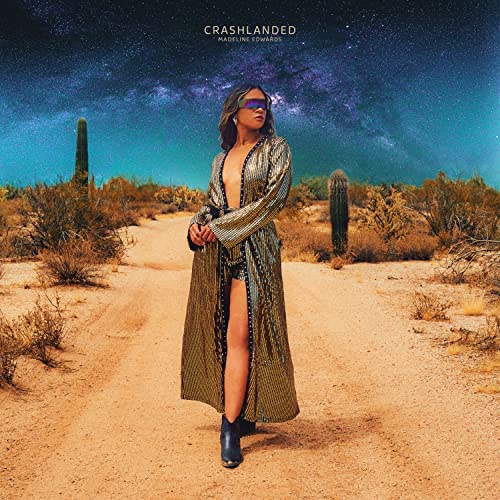 Morgan Wallen Adds Fourteen US Dates to His 2023 World Tour