Now that the fun of Slappers, Bangers and Certified Twangers is out of his system BJ Barham returns to his heavier introspective impulses on these ten contemplative tunes. 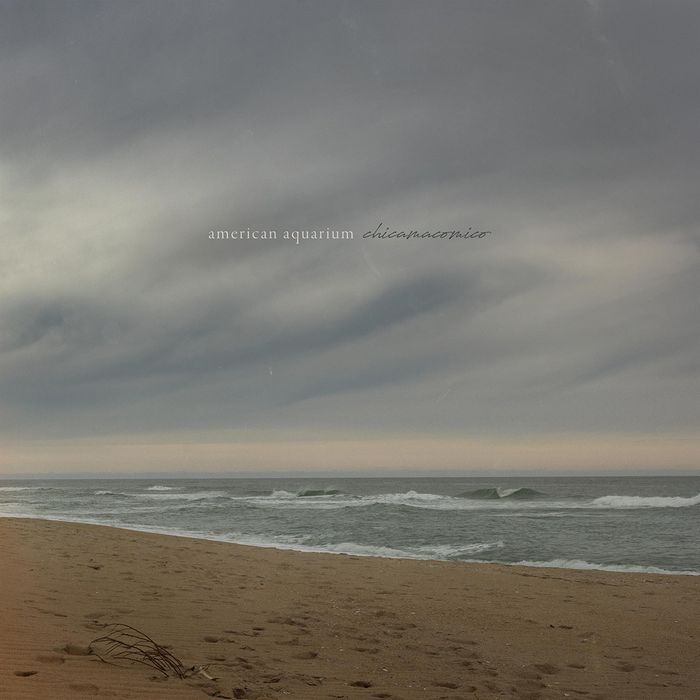 American Aquarium join the ranks of bands of interchangeable musicians with only their frontman or founder as a consistent presence (see also The Wallflowers, King Crimson, Son Volt and others) for the oddly titled Chicamacomico. That’s the case with this release from the BJ Barham led outfit which features none of the group’s other founding members.

It’s their first set of originals since 2020’s well received Lamentations. The rather dour nature of that collection, implied by its downbeat title, was counterbalanced by two more buoyant, even spirited, pandemic recorded follow-ups dedicated to country hits of the ‘90s, appropriately titled Slappers, Bangers and Certified Twangers, volumes 1 and 2. Now that the fun is out of his system Barham returns to his heavier introspective impulses on these ten contemplative tunes.

The outfit’s ninth studio collection kicks off with the bittersweet title track, named after a life-saving station built in 1894 on North Carolina’s Outer Banks. The story of a married couple trying to mend their relationship after losing a baby by going to the area is emblematic both musically and conceptually of the loss, frustrations with love and attempts at redemption Barham is immersed in throughout this sentimental set.

On the reflective, simmering percussive ‘Just Close Enough’, Barham sings of older parents in a 30 year bond who lost their connection through the ups and downs of life with lines like “We took our love for granted… We got lost in the chaos / I never thought we’d lose ourselves”. A poignant pedal steel emphasizes those thoughts along with the simple yet elegant “…the flower you don’t water / is the flower that won’t grow”. Barham’s affecting voice reflects subtle regret without dipping into dolefulness as he takes the part of the husband narrating the story. It’s beautiful, touching stuff, indicative of the songwriter’s talent for capturing life’s most emotionally tense moments with tenderness and sympathy.

These songs address overcoming the adversity of drug addiction (‘All the Things We Lost Along the Way’), a husband still conversing with his deceased wife because he knows no other way to live (the meditative Hayes Carll co-written ballad ‘The Hardest Thing’), trying to make sense of suicide (‘Waking Up the Echoes’) and the difficulty of maintaining a long term romantic connection (‘Built to Last’ compares it to a sturdy and well maintained car).

These stories are as captivating as many of those from John Prine, a high bar indeed, albeit without some of Prine’s notorious low-key, dark humor.

Although Barham’s backing musicians are skilled, they are also faceless. The songs - all under four minutes, some less than three - are tight yet not rushed. There are few solos, as producer Brad Cook keeps the focus on the frontman’s husky world weary voice and lyrics, leaving any sense of band synergy far from the sonic tableau.

One of the more upbeat inclusions ‘All I Needed’, with Drive-By Trucker co-founder Patterson Hood guesting on harmony vocals, has him buried so deep in the mix he is impossible to identify. It also begs the question of why this isn’t a Barham solo project rather than one attributed to American Aquarium?

That doesn’t affect the often outstanding, if melancholy, quality of these songs though, all of which find Barham in superb, insightful form, regardless of who the album is credited to.

The Best Country Songs for Dads