Smartly arranged, intricate and inventive - Waging Peace is an impressive follow up from Alex Williams. 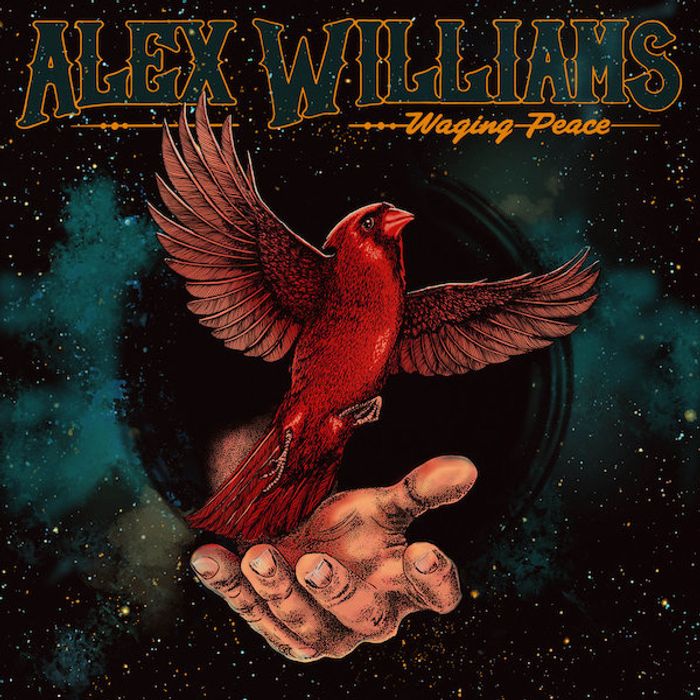 You won’t find many reviews of country rocking singer/songwriter Alex Williams without referencing either Waylon Jennings or “outlaw country”, if not both. And for good reason.

Williams’ deep baritone and grizzled, gutsy style doesn’t just recall the 70s music of Jennings, Billy Joe Shaver, Ray Wylie Hubbard, Kris Kristofferson and others but continues a tradition those icons epitomized. It’s more than a musical approach, rather a swaggering way of life; one often watered down in what passes for country in today’s slicker performers.

Waging Peace appears five years after Williams’ first release, capturing a tumultuous time that found him questioning life choices and facing the demons that often come attached to the trappings of a career on the road.

“One hand on the wheel, one foot in the grave… Still young enough to know I’m getting old before my time”, he bellows on ‘Old Before My Time’, one of this set’s most propulsive and explicit tunes. Thankfully, he stopped the downward spiral of drink and drugs which provides the conceptual link tying these dozen tracks into a song cycle of redemption and renewal.

Williams shifts into a George Jones croon for the salty honky tonk ballad ‘The Best Thing’, dips into Lynyrd Skynyd’s swamp rock with gospel backing singers on the thick, thumping rhythm of ‘Confession’ and goes acoustic for the introspective, Willie Nelson-styled ‘The Struggle’. These originals are smartly arranged, played with subdued yet edgy energy and boast melodies more intricate and inventive than just skeletons to hang his liberating lyrics and booming vocals on.

With Waging Peace, Alex Williams reinforces the musical connections to his rowdy forbearers while forging a path towards a healthier, more stable career that’s only just getting started.

Morgan Wallen Adds Fourteen US Dates to His 2023 World Tour