Ever the trailblazer, John Prine is a role model to independent artists everywhere looking to make their way without the financial backing of a label. After his contract with Asylum expired in 1980, he opted to relocate to Nashville to start his own. With that, Oh Boy Records was born.

Founded in 1981 by Prine and his manager Al Bunetta, the label started unceremoniously with a 45-vinyl single of Prine singing ‘I Saw Mommy Kissing Santa Claus’ as its inaugural release. In 1984, Prine’s Aimless Love marked the venture’s first full-length project. Now in its 41st year, Oh Boy Records stands as the second oldest artist-run independent label in the U.S.

In its infancy, Oh Boy operated as a crowdfunding platform ahead of its time, as Prine’s devout fans ordered from a label-made mail order catalog and sent their payments directly to the artist himself. Naturally, fans sent letters as well, and, according to Prine’s wife Fiona Whelan Prine, some even sent money to put on hold for his next project.

“He’d even get people who’d send him letters saying ‘I know you haven’t made a new record yet, but here’s $10. As soon as you do, please send it to me’”, says Fiona. “It was like a cross between GoFundMe and a mail order business which was ironic in its own right because John used to work as a mailman before quitting to pursue music - now his career was so dependent on the post office.” 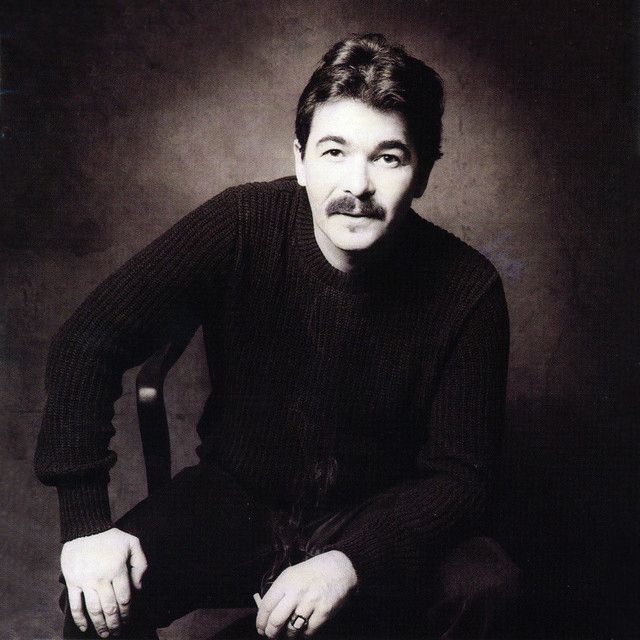 Having first met in Ireland in 1988, John and Fiona later married in Nashville in 1996. A former business manager for a recording studio, Fiona had long been a fan of Prine’s music and was flabbergasted that he wasn’t more of a household name. After getting to know him, she realized it was by design.

“He didn’t want to lose sight of who he was and where he came from”, she reflects. “He had seen what celebrity had done to other artists and some of the dangers that came with it, not that he was an angel himself by any means. I remember being in Ireland in the late 80s and John getting a call from Al Bunetta about flying home early because Larry King wanted to interview him on CNN, but he turned it down because of our plans. I thought he was crazy because King’s show was incredibly popular at the time.”

Despite not seeking out the spotlight it would find him anyway, thanks to a mix of encouragement from Fiona and his own undeniable talent. Over the years she kept John honest by pushing him to be more public and productive with his career, something that later took on a whole new meaning when Fiona and her son Jody Whelan took over the roles of being John’s manager and Oh Boy’s Director of Operations respectively, following the passing of Bunetta in 2015.

“We didn’t know exactly what we were doing, but John knew he didn’t want to go to another record label, so we had to figure out a way to keep the one he already had”, says Jody Whelan. “Luckily we were able to take our time with things because of how loyal John’s fans are.”

Now at the helm of his career and always in his ear, Fiona knew John and the label needed a vibrant new project to grab the industry’s attention. In response, Prine’s country duets album For Better, Or Worse dropped in 2016. With appearances from Kacey Musgraves, Miranda Lambert, Amanda Shires, Iris DeMent, Fiona and others, the project drew critical praise and put Prine back in the front of the minds and ears of avid listeners and industry folks alike.

Once again at the front of Nashville’s burgeoning Americana and songwriter communities, Prine would hit his stride a couple of years later with his 18th and most commercially successful album, The Tree of Forgiveness, in 2018. The project’s astounding success was a boon for Oh Boy, helping to validate the encouragement and advice from Fiona as well as the work Whelan had been doing since taking over at the label.

“John didn’t need any A&R help, he just needed a really strong vehicle under him to make sure that what he was producing would reach the widest audience possible, and I think that’s exactly what we were able to do at Oh Boy Records,” says Fiona.

The response to the album not only rejuvenated Prine’s career, but the life of the label as well, helping to set it on the upward trajectory that it’s still on to this day. Already with a legion of avid fans, countless new people became enamored with Prine’s music through The Tree of Forgiveness, leading to families full of fans multiple generations long.

“So many people have told me that when they first met John, he was exactly as you’d assume he’d be from his music. He was the same man, nothing was different.”

According to Fiona, John was loving every second of it, from talking with the media about the album to playing shows and even conversing with fans, yet another reason why he was so beloved.

“So many people have told me that when they first met John, he was exactly as you’d assume he’d be from his music, and being there to witness it myself I can say that’s absolutely true. He was the same man, nothing was different, his sweater just might have been a bit cleaner on stage.”

Less than a year after releasing The Tree of Forgiveness, Oh Boy went on to sign western Kentucky country queen Kelsey Waldon, its first new artist signing in 15 years, in the spring of 2019. Later that year she released her label debut White Noise / White Lines.

A lifelong fan of Prine since she was 14, Waldon says she sees his music as “the standard” for songwriting and hopes to have a similar career to him. Waldon formed a close bond with Prine after joining the label - a dream come true for her childhood self - and was fortunate enough to spend many a moment with him prior to his death in 2020 due to COVID-19.

“He was living it up. He couldn’t believe that people still loved him. He really was living his best life and it’s a shame he was taken from us so soon”, Kelsey commented. “I’m eternally grateful for him and Fiona both believing in and being such great advocates for me and my music. I can only hope to have my songs become the fabric of so many people’s lives like his have. It shows how strong his, and Oh Boy’s legacies are that his music is sticking with people even after he’s gone.”

The last artist signed to Oh Boy before Prine’s death was Cincinnati, Ohio’s Arlo McKinley. In the summer of 2020 he released Die Midwestern on the label to rave reviews. The project captivated fans and helped fuel the growth of his support group that follows him to all of his shows singing every song and buying all of the merch, much like John Prine’s fans have and continue to do.

Hailing from a punk background, McKinley compared the camaraderie between the small team at the label to what he’d experienced from fans and bandmates in those circles growing up.

“I couldn’t imagine being at any other label. It’s an honor to be signed to my biggest idol’s label and a part of the Oh Boy family, which is exactly what it is, a family. I keep up with Eileen, Sophie and everyone from the office regularly and am incredibly appreciative for all of their hard work that allows me to focus on creating music and doing what I love.”

Even with Prine’s death weighing heavy, the label has continued to grow its roster of outstanding artists. Oh Boy added San Francisco Bay area artist Tre Burt to its roster in late 2019 and Colorado’s Emily Scott Robinson in the summer of 2021. Much like Waldon and McKinley, Robinson grew up idolizing Prine, although she never got the chance to meet him. Still, his music has a hold on her like no other.

“I always loved how John wrote about people. There’s this incredible juxtaposition of darkness, sadness, humor, sarcasm and levity all mashed up together, which in my opinion is probably the best way to hold up a mirror to life and the best way to represent the human experience. He’s so good at setting a scene and painting a picture without saying anything more, which is something all of us artists strive to do, but few mastered it like him.”

Ultimately, Oh Boy Records has always been - and always will be - all about the song; creating a space for songwriters and storytelling to flourish. Whether it’s John Prine, Kelsey Waldon, Arlo McKinley, Emily Scott Robinson, Tre Burt, Todd Snider, Kris Kristofferson or anyone else that has recorded for the label, that will always hold true. It’s led to the label procuring one of the most diehard, supportive fan bases in all of Nashville - a loyalty that’s something they don’t plan on turning their back to anytime soon.

“We’re not looking for radio hits or to land on the pop charts”, shares Jody. “We’re looking to discover album and career-oriented artists and help them build sustainable careers rather than frantically searching for the next viral hit every few years. It’s not that that model doesn’t work, it’s just not one that we’re interested in pursuing.”

“We don’t ever intend to make ourselves rich doing this, but we want the label to survive and thrive so it can go on to support musicians making meaningful art”, Fiona concluded. “We’ve seen how much John’s music has impacted people over generations and want to keep that going with him and all of our other artists for generations to come.”

Arlo McKinley's forthcoming album, This Mess We're In, will be released on Oh Boy Records on 15th July.